Learn from Parents and Students about the Loudoun Test Prep Difference!

Loudoun Test Prep helped our daughter to raise her overall SAT score by over 300 points and we feel this was a key factor in acceptance to her dream school.  We were so impressed with them, we later asked them to provide additional tutoring for our daughter as she worked through a rigorous class schedule until graduation.  Our daughter found Loudoun Test Prep to be extremely qualified, helpful and most importantly dedicated to her success.  She also enjoyed her time with them as she felt they truly cared about her, our family and her ultimate success.
— Charles C. – Parent, Stone Bridge HS, Ashburn VA

Thank you for your support of Linzy this year. Most specifically, thank you for your support of her this fourth quarter. As you know, she got off to a rough start and that prompted my text to you. We are thrilled that she was able to grow her grade in the fourth quarter and end with an A-. Thank you again!
— Jennifer C. – Parent, Broad Run HS, Ashburn VA

My triplets all used Loudoun Test Prep and they all did quite well on their ACT. Their professionalism was outstanding, you could always reach them if you had a question and they genuinely cared about the kids. Highly recommend.
— Barbara M. – Parent/HS Teacher, Ashburn VA

My daughter asked me why were were driving all the way out to the far reaches of VA for SAT tutoring when we lived in the District, and surely there were qualified SAT math tutors closer to home?  I told her that her DC buddies had recommended Loudoun Test Prep, so we’d try it once. After her first session she got back in the car and just said, “We’ll be coming back.”  That said it all for me! Her SAT score went from 620 to 740 and she was recently accepted to Princeton University.
— Barbara P. – Parent, Woodrow Wilson HS, Washington DC

Loudoun Test Prep taught me how to look at the test in a different way. They could anticipate my mistakes and helped me learn to avoid them, and my scores improved dramatically. LTP was always incredibly supportive and kind. I can’t recommend them highly enough!
— Clare R. – Student, Woodrow Wilson HS, Washington DC (Scored a 35 on ACT Math, accepted into Berkeley, UCLA, Michigan, Wesleyan, Macalester)

My daughter can excel with the right math teacher and a lot of study time, but will struggle immensely with the wrong teacher.  ​She began working with Loudoun Test Prep in February of her junior year. They catered to her learning style, were caring and encouraging, and dedicated to her success. Her math SAT score rose by 50 points between the first and second tests, and by another 40 points between the second and third tests, for a total of a 90 point increase. The final math score put her where she needed to be to attain her college acceptance goals.
— Anna T. – Parent, Freedom HS, Ashburn VA

With the skills, expertise and highly likable personalities of the Loudoun Test Prep  tutors, our son was able to actually attain a scholarship to the university he was accepted into. Without hesitation, we recommend Loudoun Test Prep to anyone interested in helping their children achieve their best SAT/ACT scores possible.  We will be signing our sophomore daughter up this summer for the class!
Karin and Vince N. – Parent, Stone Bridge HS, Ashburn VA

Loudoun Test Prep worked with both of our daughters and each of them, as a result, did very well on their SATs.  Both scored in the high 700s in the Math (over 100 point increase each) and are now attending Yale.  Loudoun Test Prep is good at identifying specific weaknesses and working on those areas with individual students and they provide strong overall test preparation. They are patient and kind and the kids respond to them. Loudoun Test Prep, simply put, is fantastic.
Abbie L. – Parent, Woodrow Wilson HS, Washington DC

Initially, my daughter studied on her own and took an SAT Prep class at her high school.  It was a large class and it really did not seem to be effective.  After 5 sessions with Loudoun Test Prep, she learned how to take the test more effectively by not wasting time and knowing how to look at each question and gain clues for the correct answer.  Loudoun Test Prep took the time to understand how she approached the test and gave valuable one on one instruction on how to improve.
Linda E. – Parent, Stone Bridge HS, Ashburn VA

Loudoun Test Prep just knows how to relate to you like a friend. They gave me the confidence I needed to improve my SAT scores and my score improved 200 points due to their unique teaching style that pinpointed my weaknesses and turned them into strengths. Loudoun Test Prep is both helpful and kind, willing to chat with you to clarify any confusions or concerns you have for the test. I am greatly appreciative for having such an awesome tutor and even more grateful for the wonderful experience.
Marina S. – Student, Stone Bridge HS, Ashburn VA

Simply put, Loudoun Test Prep is the best when it comes to tutoring in math or preparation for the SAT.  They relate well to high school students and are able to teach using varied approaches that they tailor to your child’s learning preferences.  I personally saw LTP teach an entire geometry curriculum to my son where they took him from two failing quarters to two quarters of “As” and a Passing Advanced Proficiency on the SOL.  In the SAT preparation area, Loudoun Test Prep was able to significantly raise my son’s SAT scores to the point where he was able to obtain an academic scholarship to a college where he pitches NCAA Division II baseball.
David L. – Parent – Mount Vernon HS, VA

Loudoun Test Prep’s methods of engagement, ability to break down important study information, along with clear explanations and innovative discussions, not only built confidence in my children, but it enabled them to maximize their test scores and college-acceptance opportunities. I would highly recommended Loudoun Test Prep for any student entering, or already in, this process.
Cheryl L. – Parent, Stone Bridge HS, Ashburn, VA

My daughter was unsure of her math ability, but after just 3 months of tutoring, her math SAT score increased 130 points. I discovered Loudoun Test Prep late in my daughter’s junior year. I just wish I had known about them sooner. She was recently accepted to Virginia Tech and the University of Maryland and I know this would not have been possible without LTP’s incredibly effective tutoring skills.
Anita O. – Parent, Dominion HS, VA

Please join us for a virtual open house on Sunday, 11/21 at 6:00pm.  Vinay Bhawnani and team will discuss programs for … END_OF_DOCUMENT_TOKEN_TO_BE_REPLACED

We have referred multiple families to Loudoun Test Prep over the last several years and will continue to do so. We would highly recommend them to anyone who is serious about providing their child the best opportunity to succeed."
Charles C., Ashburn VA 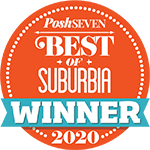 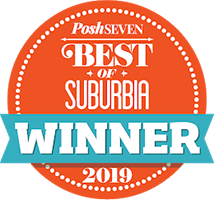